Most development cycles require the execution of the same tests and test suites repeatedly. Using test automation tools, teams can record and replay these as required. The goal of automation is to reduce the manual workload and free up QA resources to do more innovative and creative tasks such as exploratory testing. Owing to the speed, efficiency and ROI benefits, test automation has become the cure-all for CI/CD implementation.

Many companies on the path to continuous delivery are now looking to automate a chunk of their repeatable tests using automated testing tools. But the question they often ask is “Which is the best test automation tool?”

In this blog post, we bring you the top-rated test automation tools in the market. Further, you will read about the criteria for automated testing tool selection and comparison. Read on to find out the capabilities that are a must when choosing your test automation tool.

Its key features include:

Selenium is almost synonymous with automated testing. Selenium offers flexibility and features that are incomparable with other test automation tools and frameworks. Users can write scripts in several different languages, supported on multiple systems and browsers.

However, to make the most of Selenium, users must have advanced programming skills and must invest time in building automation frameworks and libraries required for automation.

Ranorex is a powerful GUI-based test automation framework. Ranorex can be used for the testing of web-based, desktop and mobile applications. It uses standard programming languages such as VB.NET and C#.

Ranorex can be used to automate any desktop, web-based or mobile application and supports many technologies such as .Net, Silverlight, Winforms, Java, SAP, WPF etc.

Katalon is a powerful test automation solution that helps teams to quickly generate automated tests across platforms. It integrates automated tests into your CI/CD pipeline and provides centralized reports and quality metrics for better decisions.

Here are some questions that will help you:

Some FAQs about test automation

There are parts of automation that don’t require scripting and scriptless automation has become quite the rage. Yet, it is beneficial for manual testers who are trying to break into test automation to learn a programming language. A simpler analogy for this is: Everyone should know how to code just as everyone must learn how to read and write, even if we may not all be authors.

Automation testing is ideal for some testing scenarios such as:

While each organization has their own parameters for the ROI of test automation tools, the following metrics can help you evaluate the ROI:

The success rate for the deployment

Find out more about the metrics for test automation success in this blog post.

You can’t really have DevOps without a continuous delivery pipeline and this requires test automation to enable continuous testing. The modern delivery cadence with incremental features and version updates for customer satisfaction demands frequent releases, a strong regression suite and zero production defects. This is not possible without test automation.

Hi, Jasmine..!
I want to tell you that you have picked the actual best testing tools amongst all. Testing is the key to quality of the product and user satisfaction. To check bugs and errors, I use Selenium which is far better than others, In my point of view. However, I would like to try other tools, too. So that I can conclude which is preferable for me now.
Thank you. 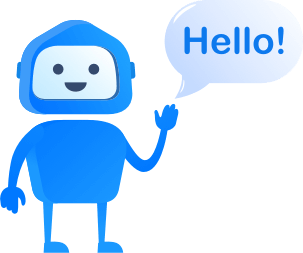